Who cares that it rained??!!  We had such a good day. Somehow the atmosphere, which was warm, happy and sunny, defied the weather !  Oh, and a bit competitive too... starting with the walking football which brought out about 12 of our regular walking footballers, plus a few younger players and some of the vets (veterans are over 35 you understand....) who wanted to give it a go.  In goal we had Gary Giles at one end, and Sam Chantrill the other.  We are not sure who won - we think both sides would claim victory - but it was a great show and clearly demonstrated how active our walking footballers are, and how much exercise they get each week from the sessions.  It was fantastic to see some of the vets giving walking football a go, and they all realised how tiring it is!! Thanks to all who participated.

Then the "Main Event" of the Vernon Evershed Memorial Trophy in memory of Trevor's father who was not only a life long Brighton supporter, but was an extremely strong supporter of his son Trevor's footballing achievements, not only in teaching football to so many of our local kids each and every Saturday since 1995, but also being the founder of Hills Farm Lane Veterans FC over 13 years ago.  Trev "managed" the reds and Darron, our league team manager, "managed" the greens. There were around 30 vets fit and able to play, plus some younger legs, and a couple of older - but no less fit - players from the walking footballers.  One goal in each half from the reds clinched it to the delight of Trevor who later raised the trophy and looked as if he was going to burst with pride.  Murph ran the line when he wasn't on the pitch, he was in great "spirit" and made all the right decisions of course. Dressed in black, Referee Andy Chantrill took control right from the start and only had to dish out one yellow card after the whistle had gone! Craig showed us all how it's meant to be done while Fergie and Sam Chantrill stood their ground in the goals. Some proper tussles and always competitive, but all played in such good spirit.

Meanwhile around the outside spectators and helpers were trying to keep warm with teas and coffees from "Jen's Tea Hut-Bar" - Jenny, Trev's mum, turned 80 this year and did a sterling job with Louise in keeping us hydrated with hot drinks and beers (?!).  Russell cooked burgers all day, and after Phil deserted him James stepped in to help! Debs and Sam enticed us with cakes, Dawn bullied us into buying raffle tickets, Kate ran the strawberries and Pimms stall (I think Reg finished off the Pimms at the end!) and Kate's kids ran the bottle tombola! Darron sold his League Team draw tickets, Nav and Katie ran the Wellie Whanging competition in the teaming rain (have you ever tried whanging (throwing) a wellie...it looks so easy but what you expect to happen just doesn't!!), while Lordie ran a longest Golf Drive competition between collecting his raffle prizes and his wellie whanging trophy!!

Following the presentation of the main trophy to victorious Trevor (after we had retrieved the trophy from the recycle bin where the bitter greens had dumped it...), the Players' Player awards were presented.  Gary Giles was voted by his club mates as Players' Player for walking football.  Gary is one of our original members who is there without fail through out the year. Although Gary suffers from Parkinson's disease he is not only a fantastic goal keeper but he is an inspiration to many of us for his steely determination, and he is one of the nicest blokes you will meet.  Should also mention that Gary was the main designer and builder last year of the BBQ at the Shipley site which we all enjoy from time to time. His award is very very much deserved and we are proud to have Gary as part of our club.

Tommy Burnside, our centre back, is the most solid and consistent player HFL FC have ever had playing for the club and it's an honour to have him as a core part of the squad.  He never lets the side down....oh except he didn't hang around on the day to collect his award which was swiftly snapped up by Mark, Paul and H!! Tommy is a very worthy winner of the Players' Player award of the Veterans Football club - in no doubt at the ballot box!

Big thanks to Andy Chantrill who made it possible for us to hold the event at Roffey FC, and who was there all day to help. Also Roger, Tony, James and Keith from Roffey FC for their help before, after and during the day.

So to the money. We took an amazing £1783.80, minus costs means we netted £1,530.60 which will be split between Pancreatic Cancer Research Fund, Chestnut Tree House children's hospice, and our own HSCP charity.  The first two charities are ones we have been supporting for a number of years due to the sad, personal experiences of a number of  our members. Both such worthy causes and we know the money is well used and appreciated by both organisations.

So lastly THANK YOU to everyone - whether you came and supported, played in one of the matches, baked cakes, brought along raffle prizes, whanged a wellie, spent your hard-earned money at the event...however you were involved THANK YOU.  We couldn't do it without you. 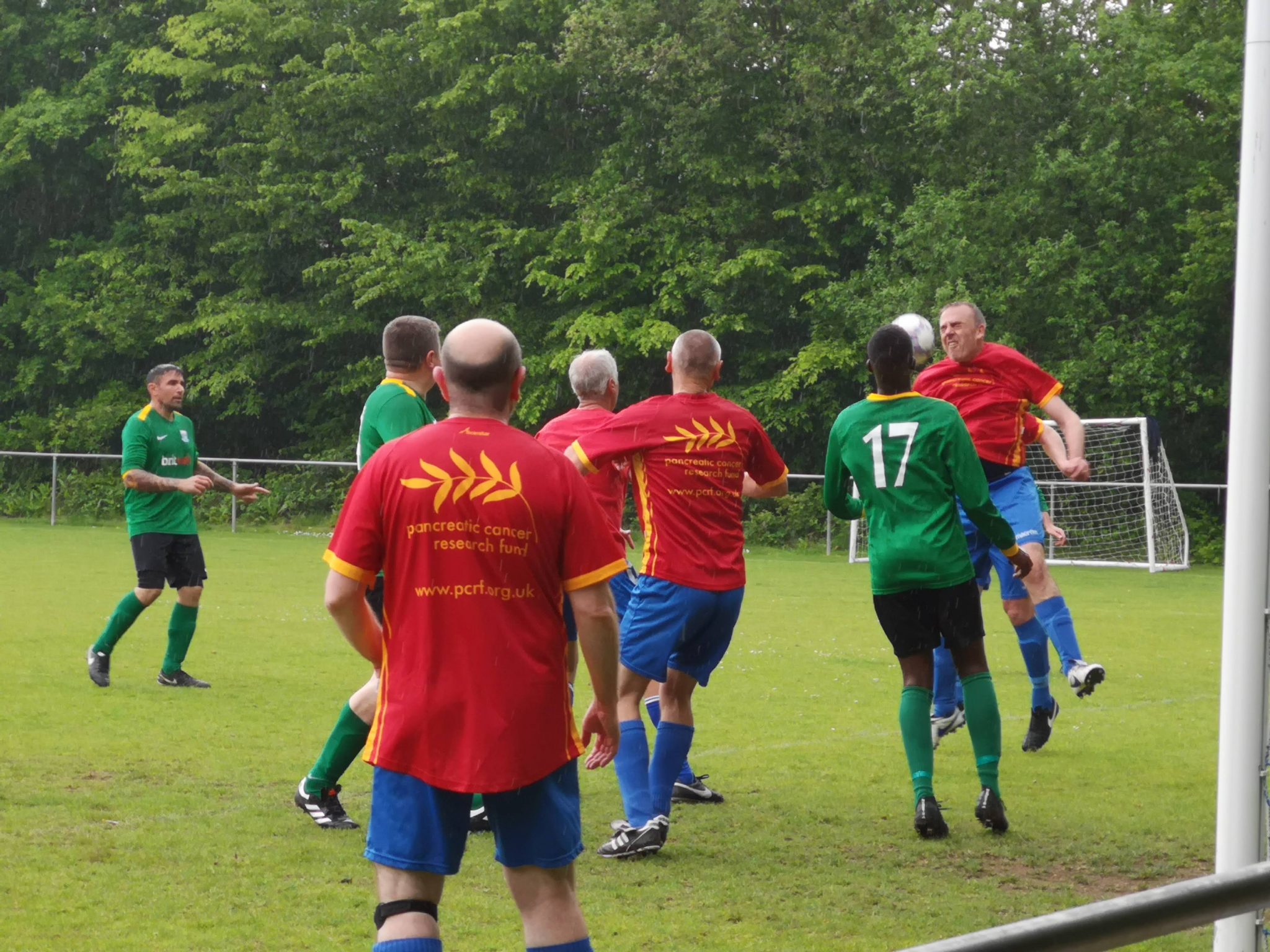 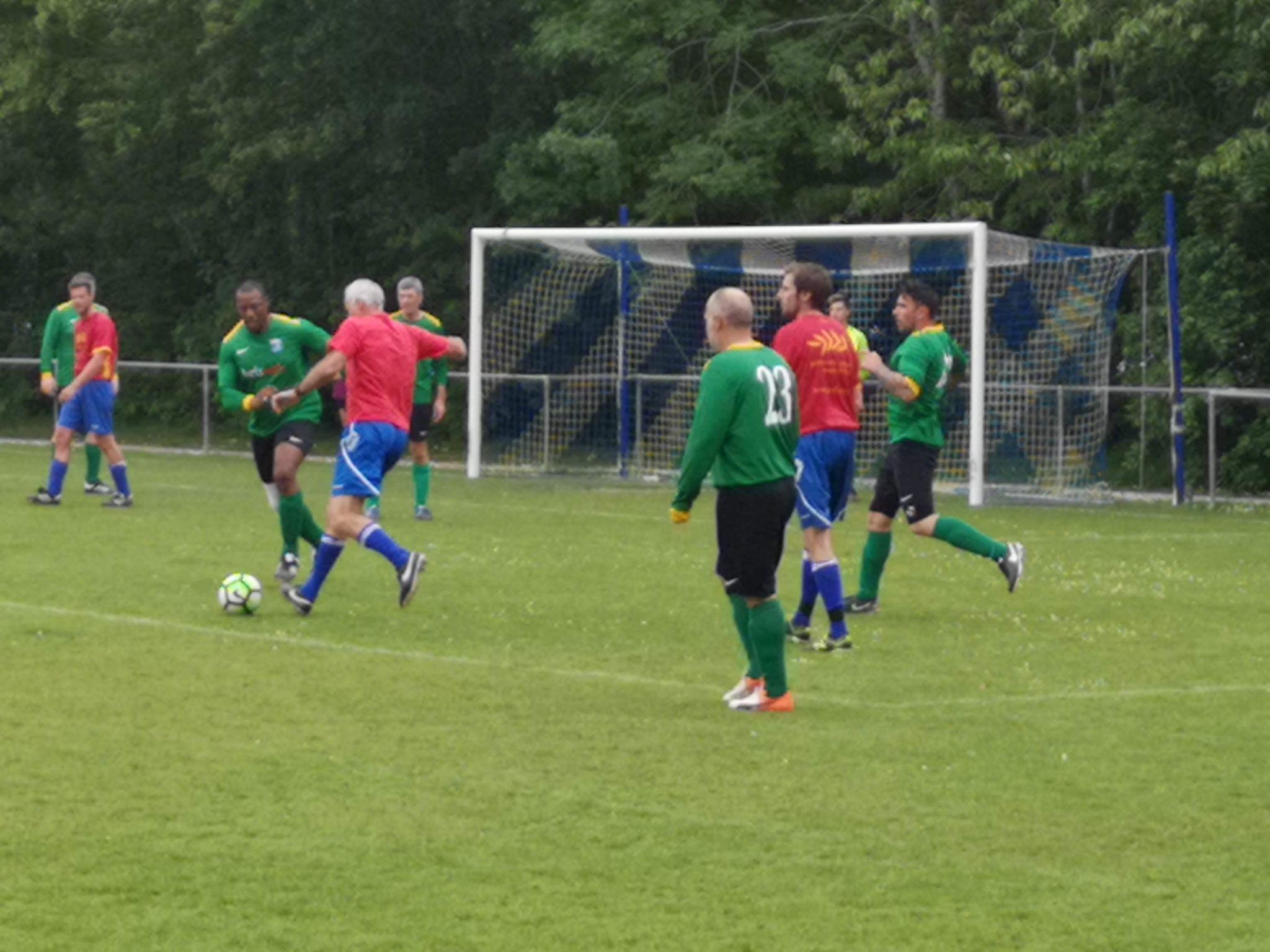 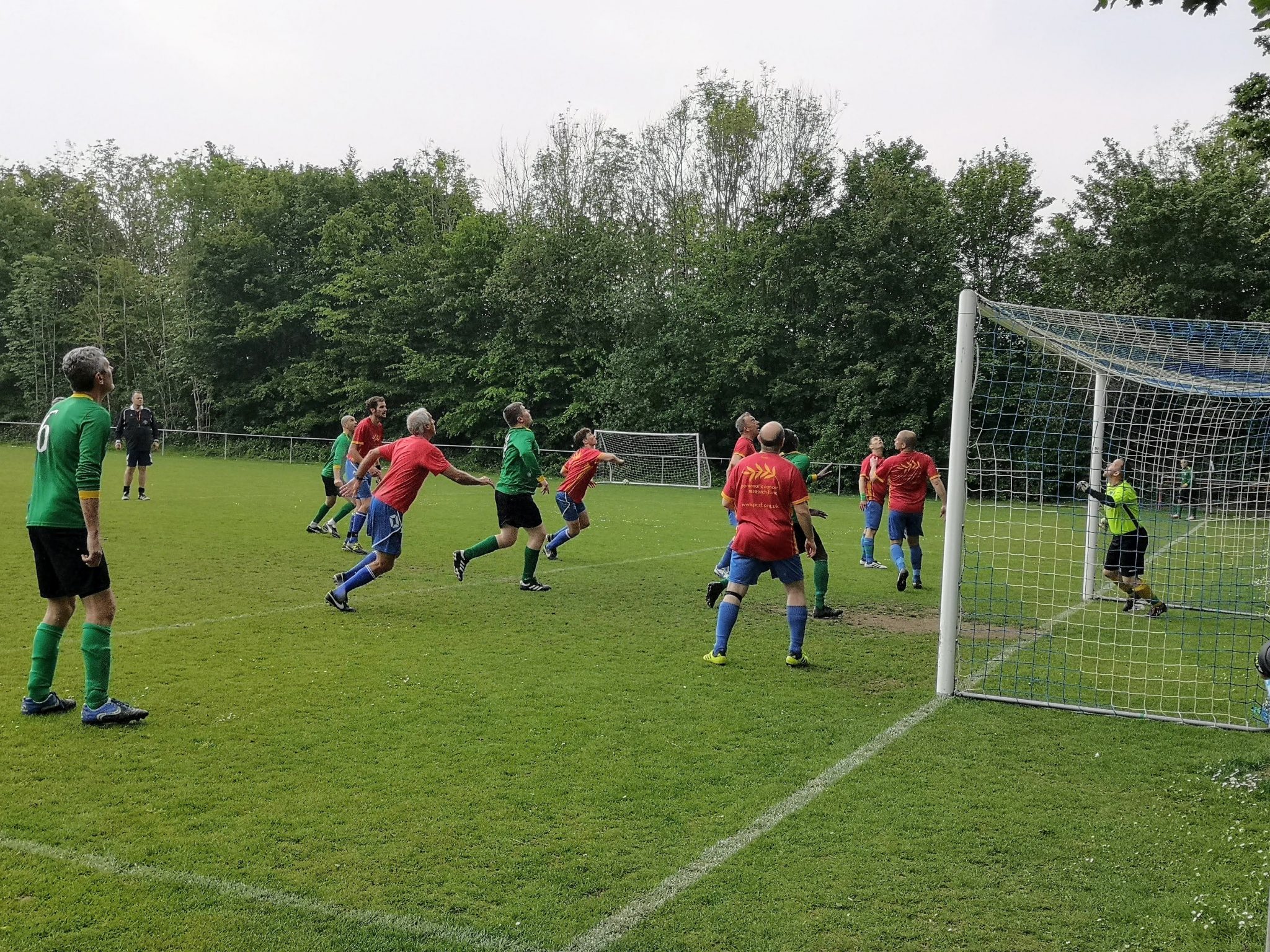 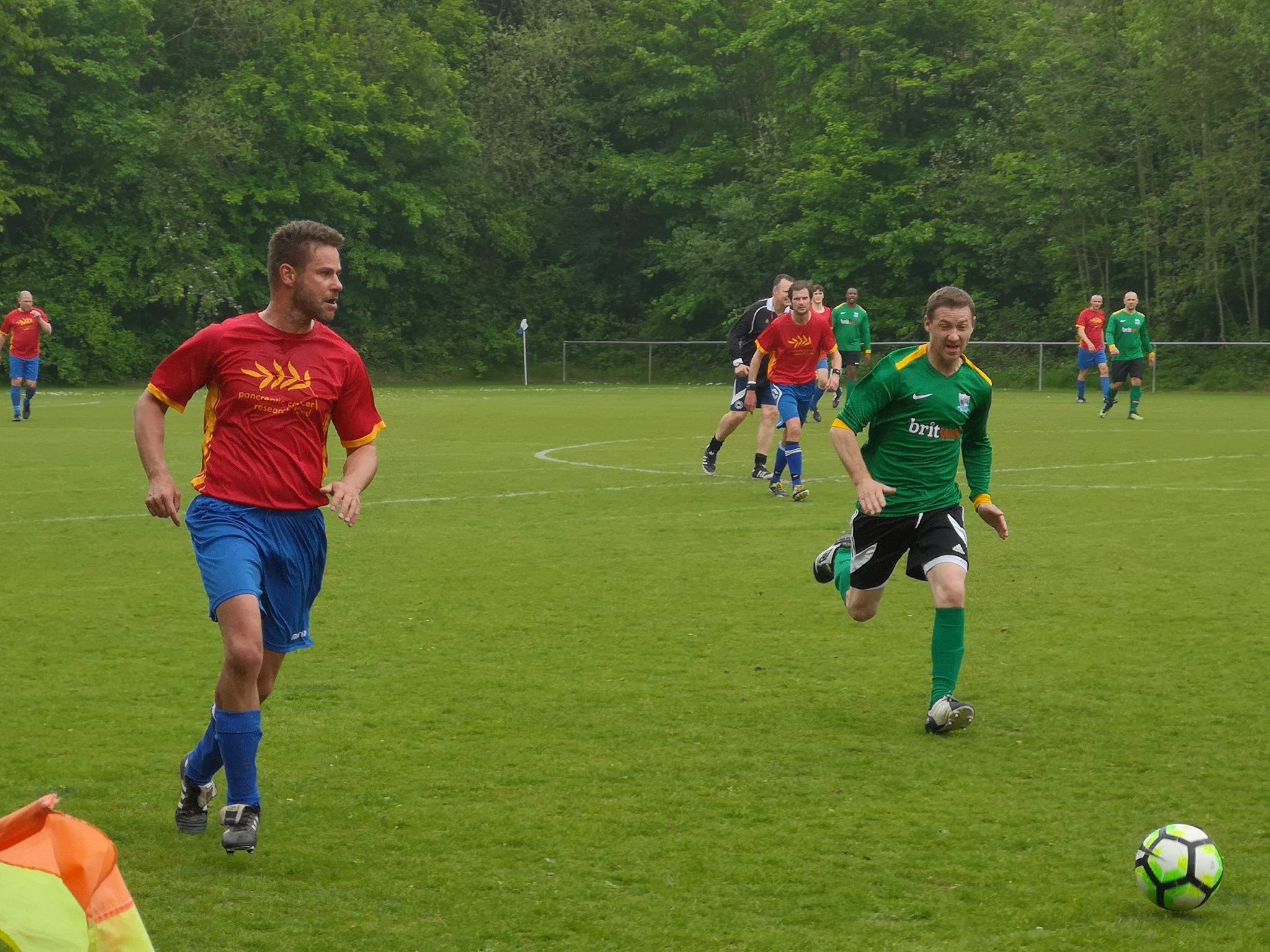 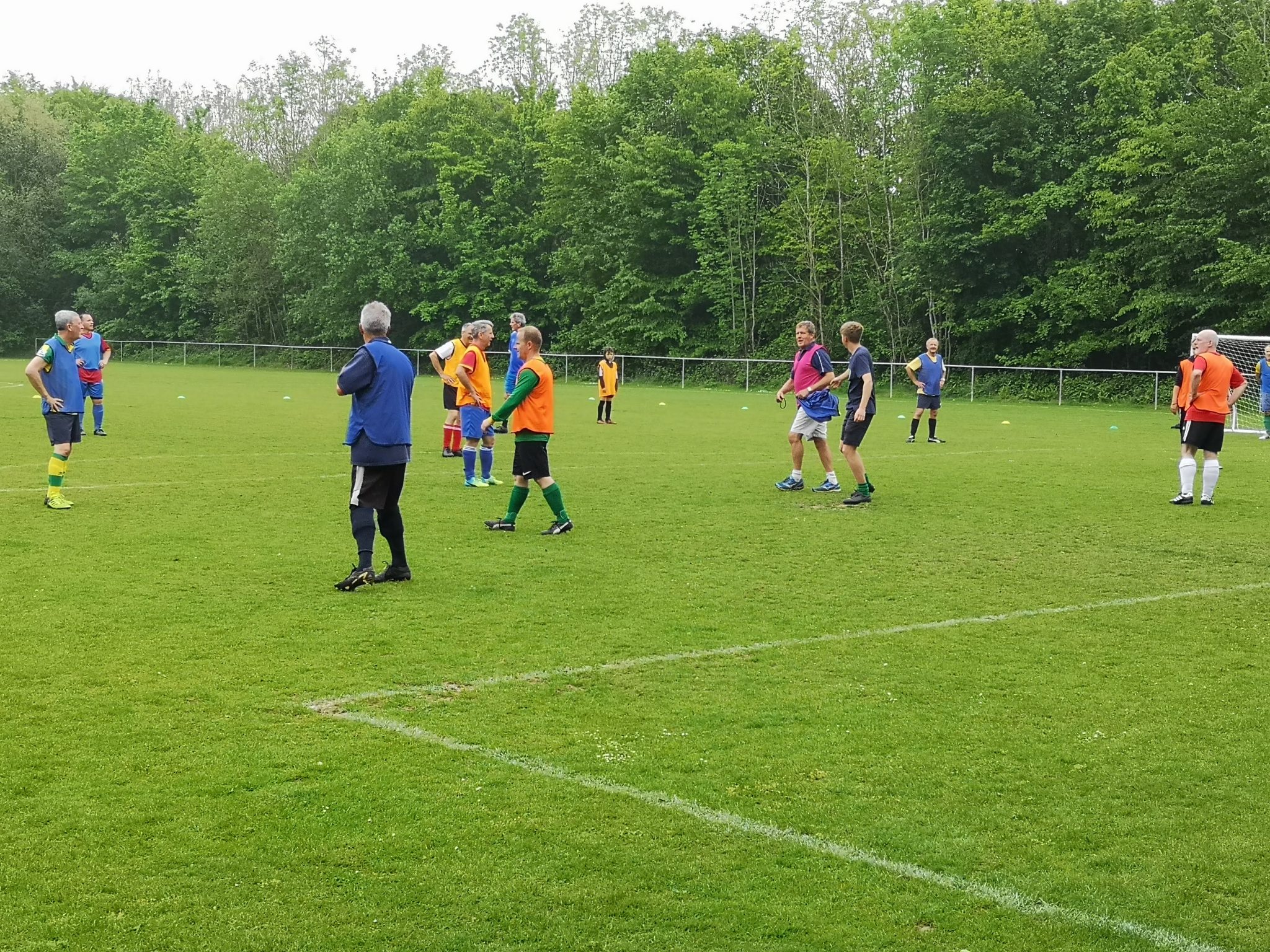 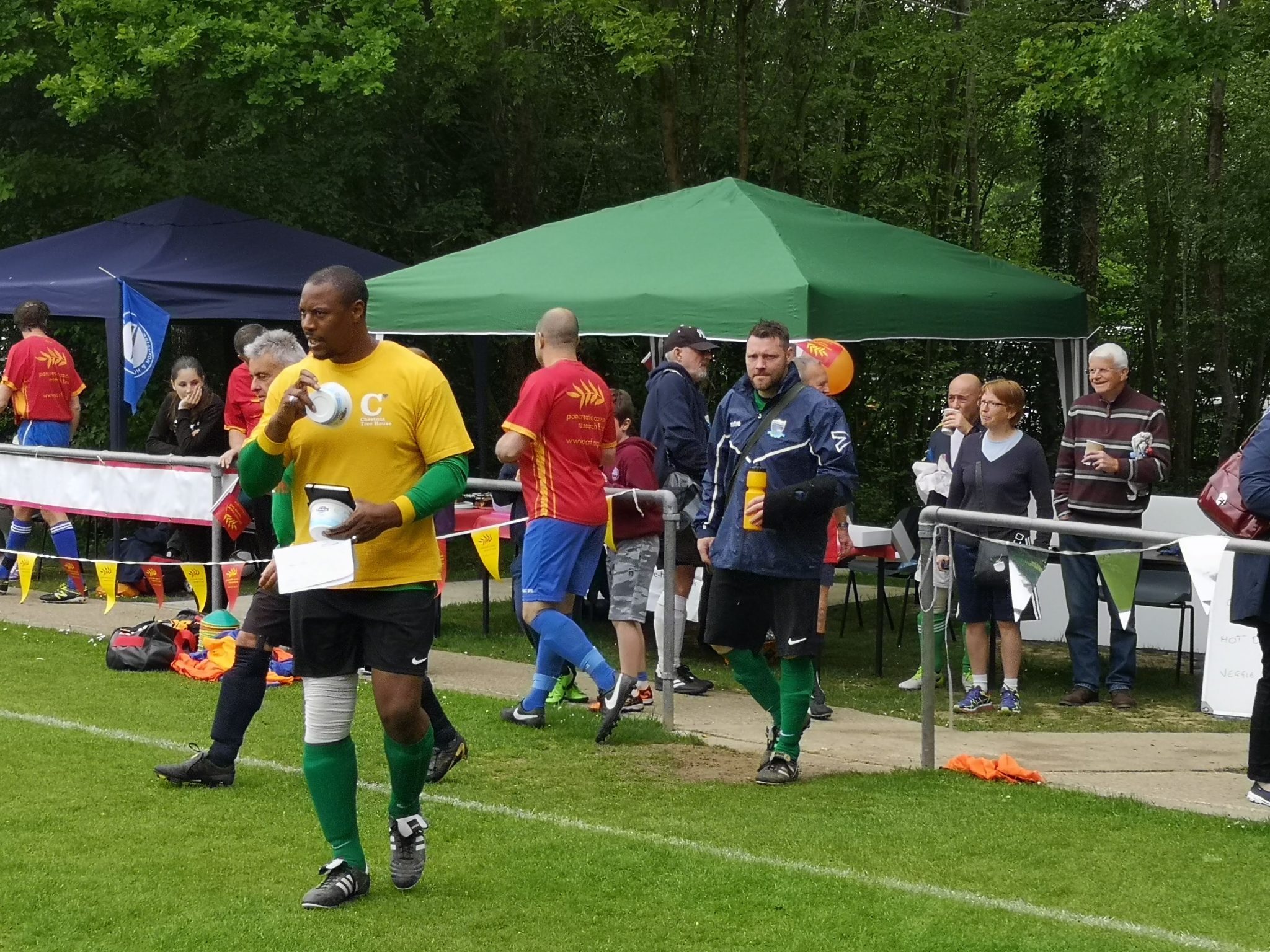 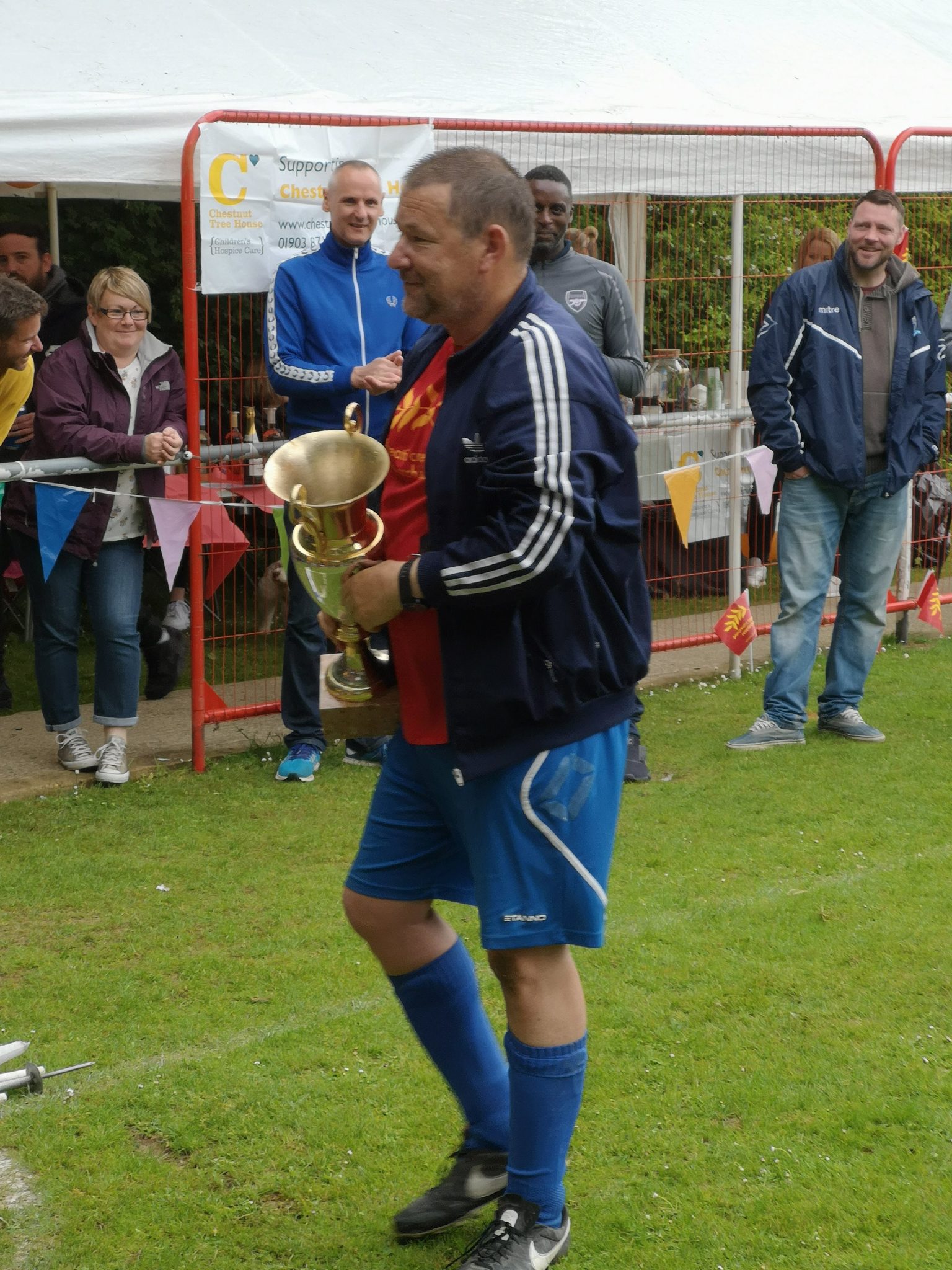 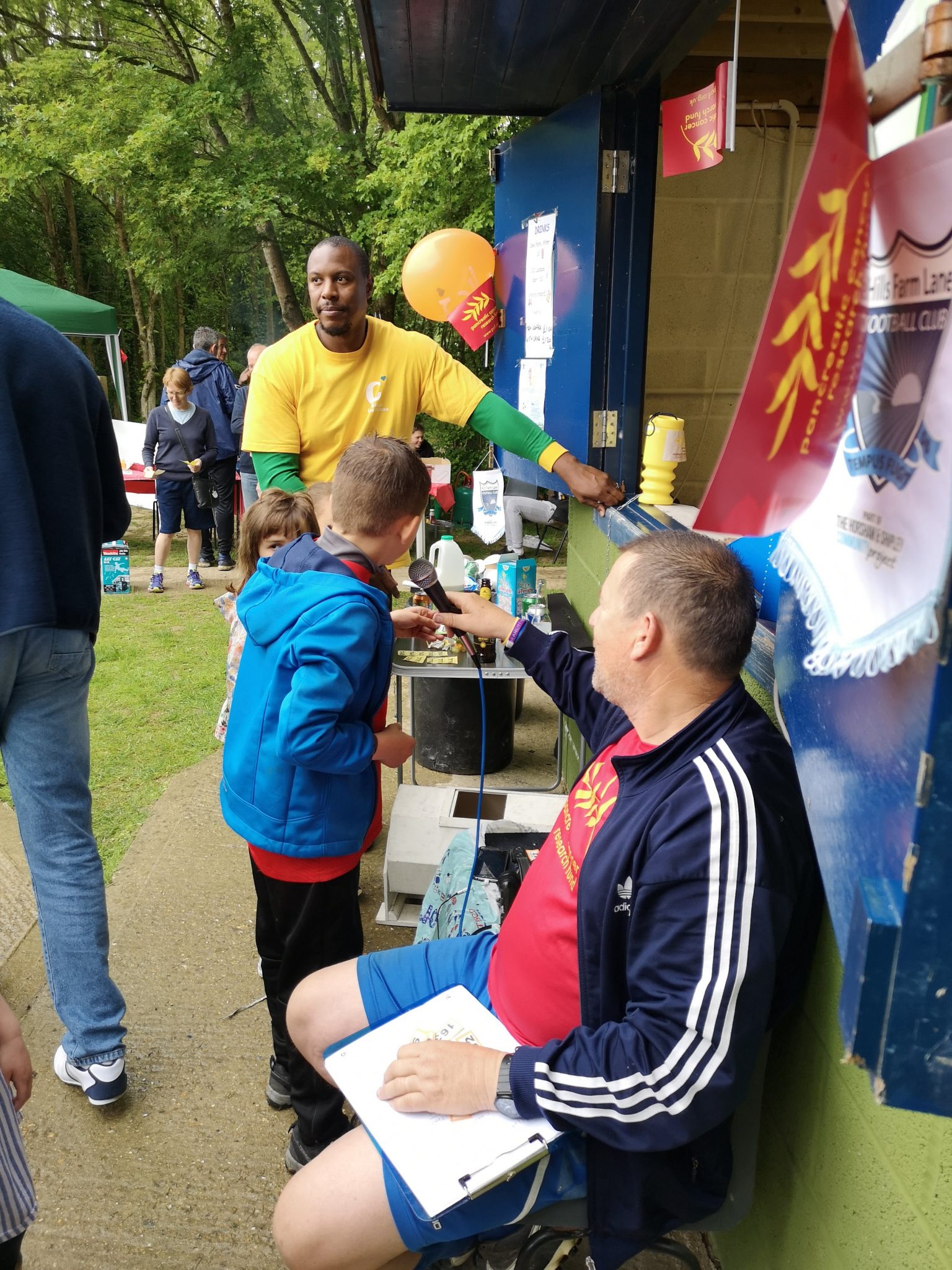 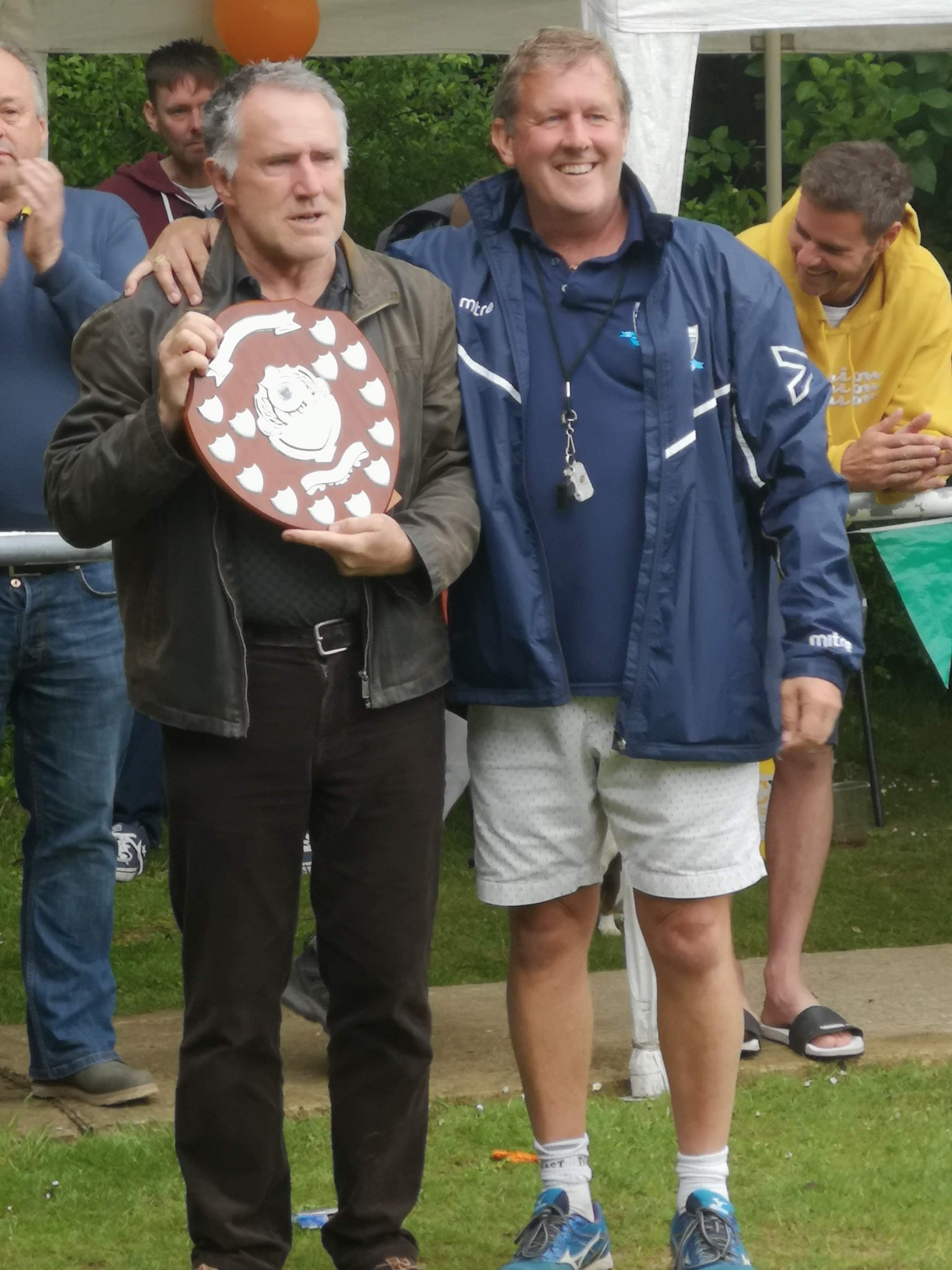 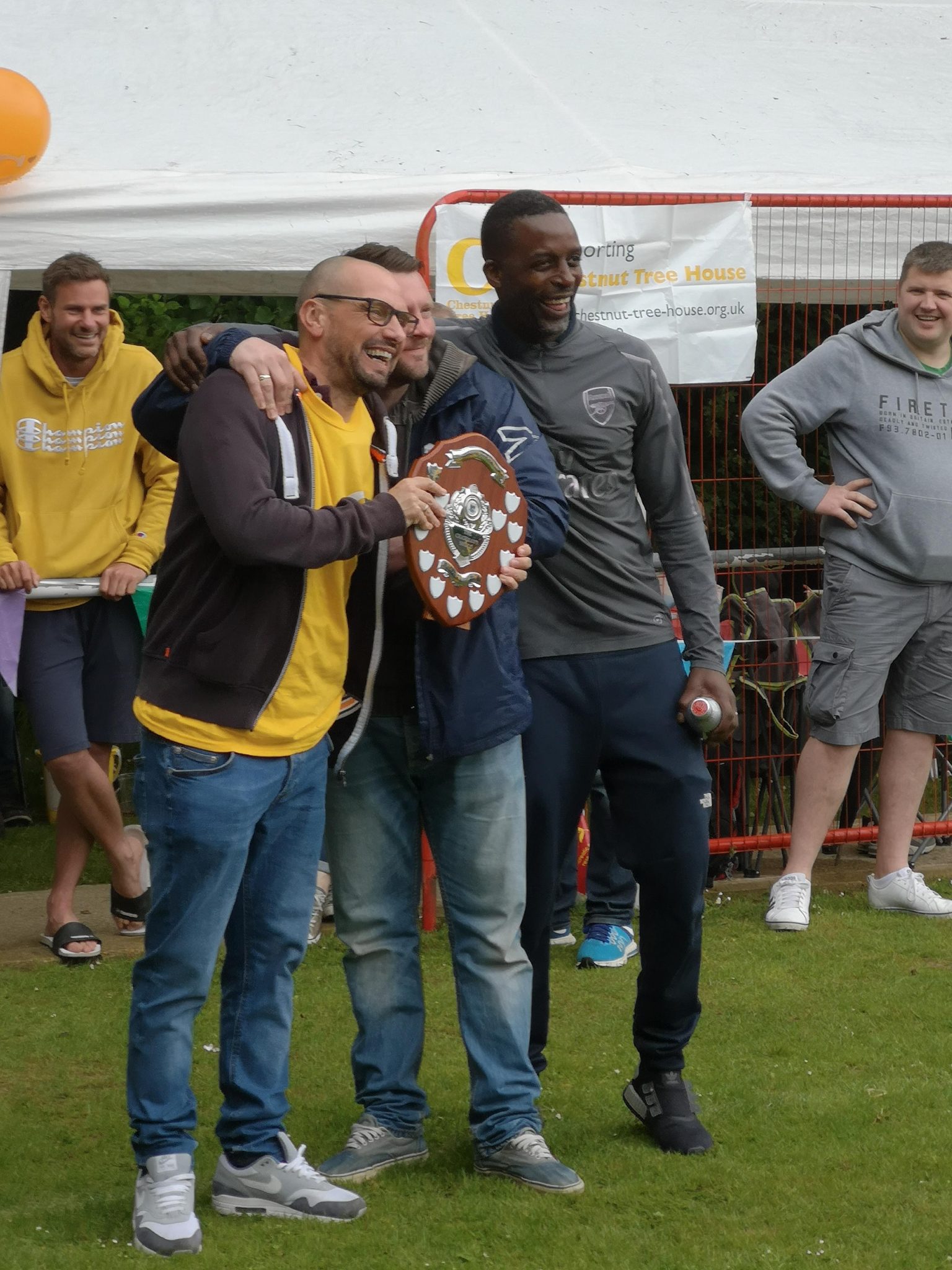 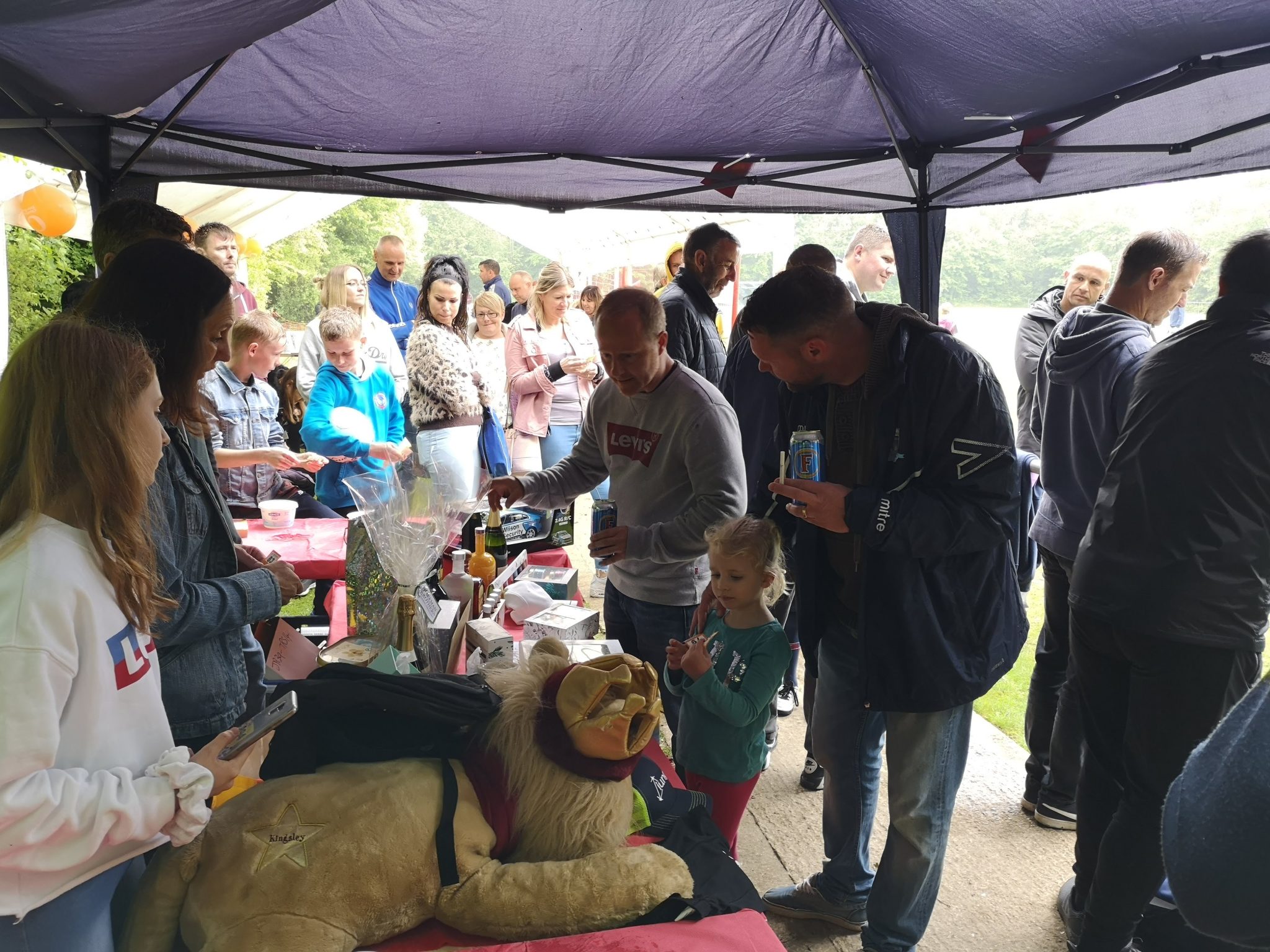 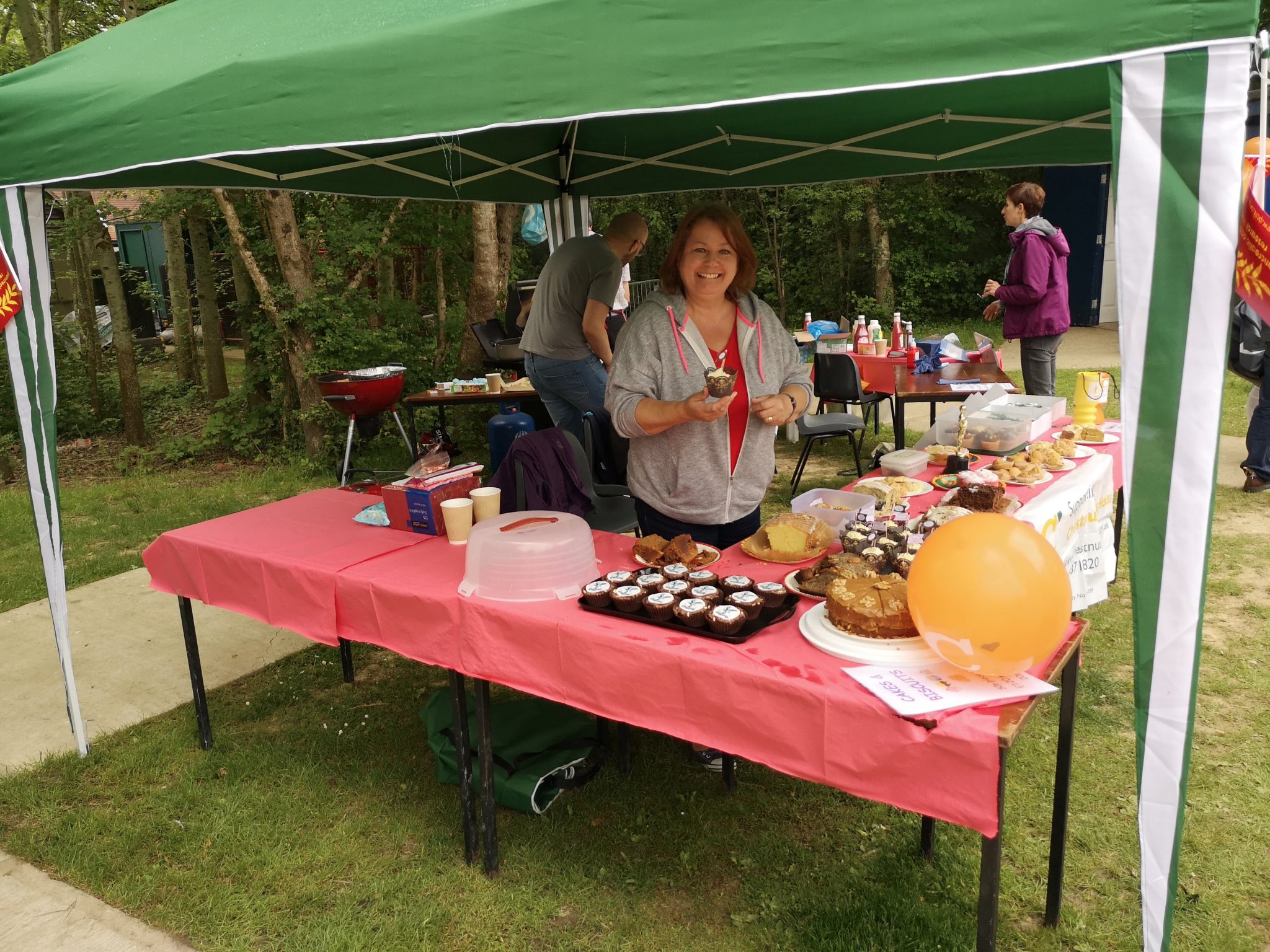 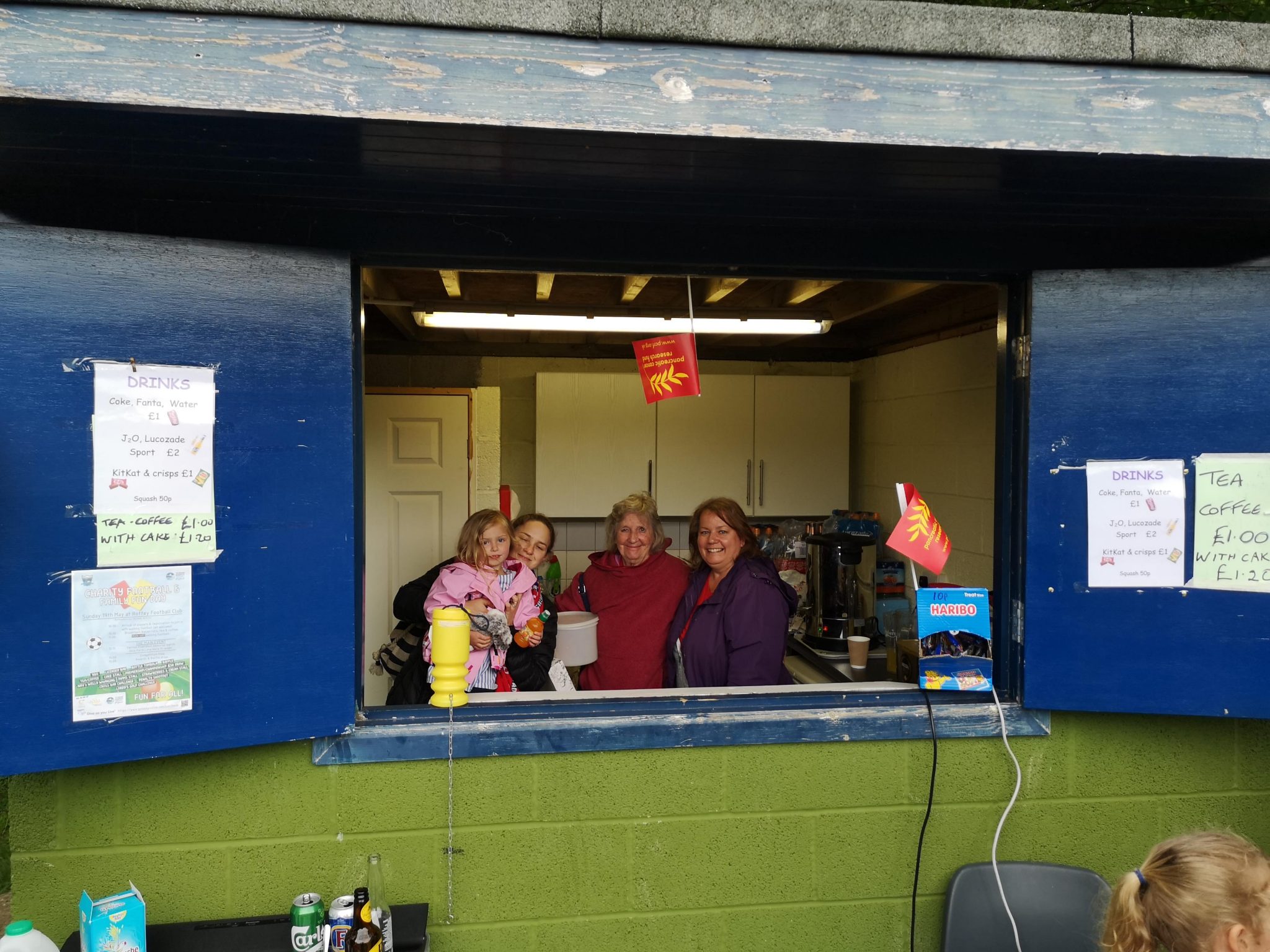 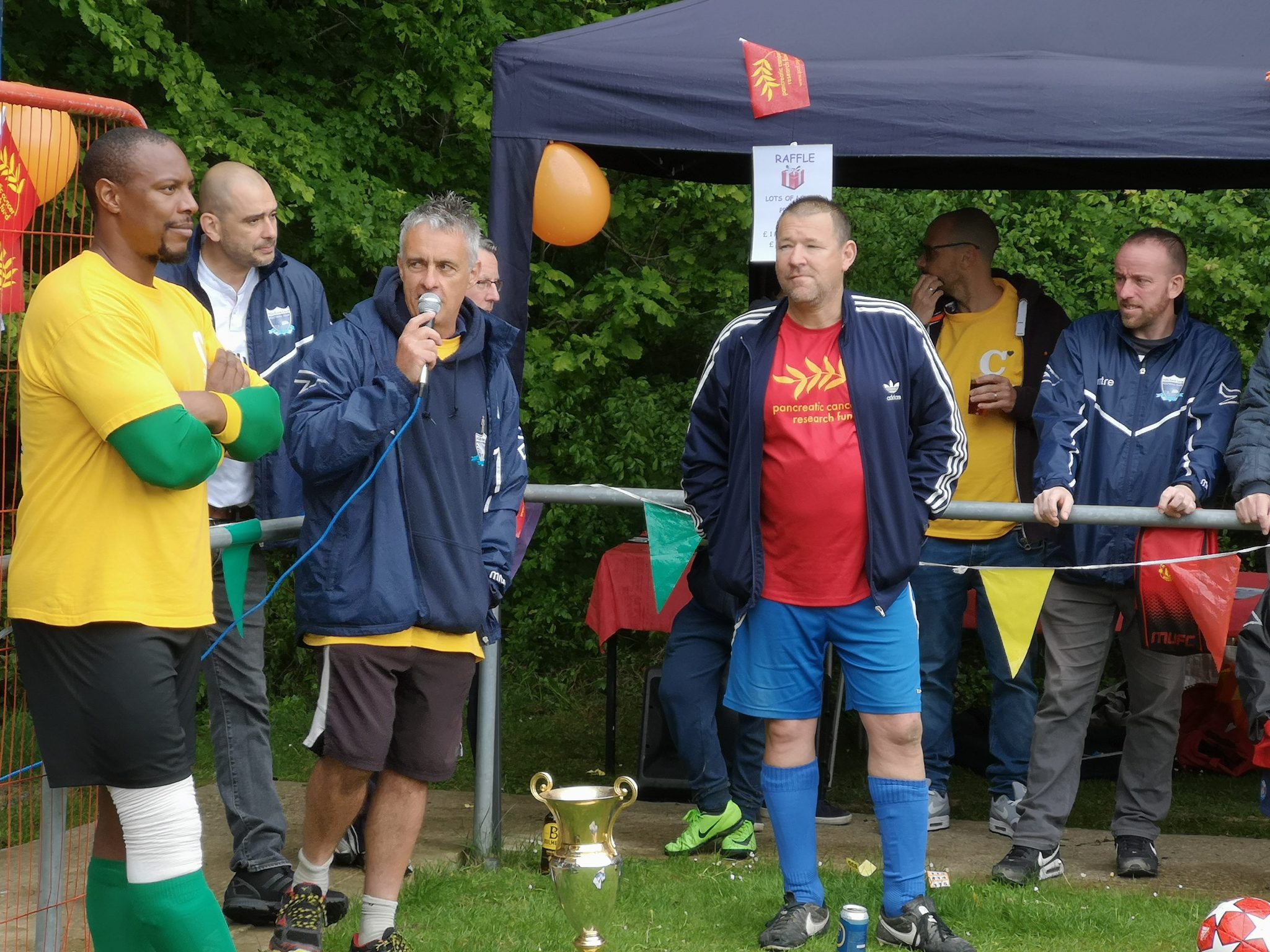