On a beautiful, sunny Sunday in June the community came together to commemorate in particular 15 brave men who lost their lives during an extraordinary time when Coolham, the quiet little village next to Shipley, became a crucial airbase for a few months around D-Day, in 1944.

Richard was instrumental in organising the event, when he uncovered a 2 mile walk around the perimeter of what was the airbase - now peaceful, tree-lined fields and bridal ways for walkers, cyclists, horsemen, and dog walkers to enjoy.  With some extra research Richard brought the airfield to life, with information sheets every 50m or so, telling some gem of a story from that time, some funny, some sad, some shocking, all told in the spirit of the time.

Over 10 years ago the council planted a line of 15 oak trees to commemorate  the 15 men who died.  Richard and the organising committee have created two fantastic plaques which show the faces of these men, and tell their individual stories. These plaques were unveiled by Mrs Kate Rowbottom, the Chair of Horsham District Council - one next to the oak trees, and the second one by the war memorial next to the Selsey Arms pub in Coolham.  The Selsey Arms pub really added to the spirit, with 1940s music, a 1940s menu which many enjoyed, and lots of memorabilia taking many of the spectators back in time.

About 200 people walked around the route on the day - some of them local people who have walked the route many time, but had no idea of the history of the area.  The information leaflets were left in situ for a couple of weeks after, for more walkers to enjoy.

Well done Richard for bringing this area to life and organising such an inspiring and successful event. 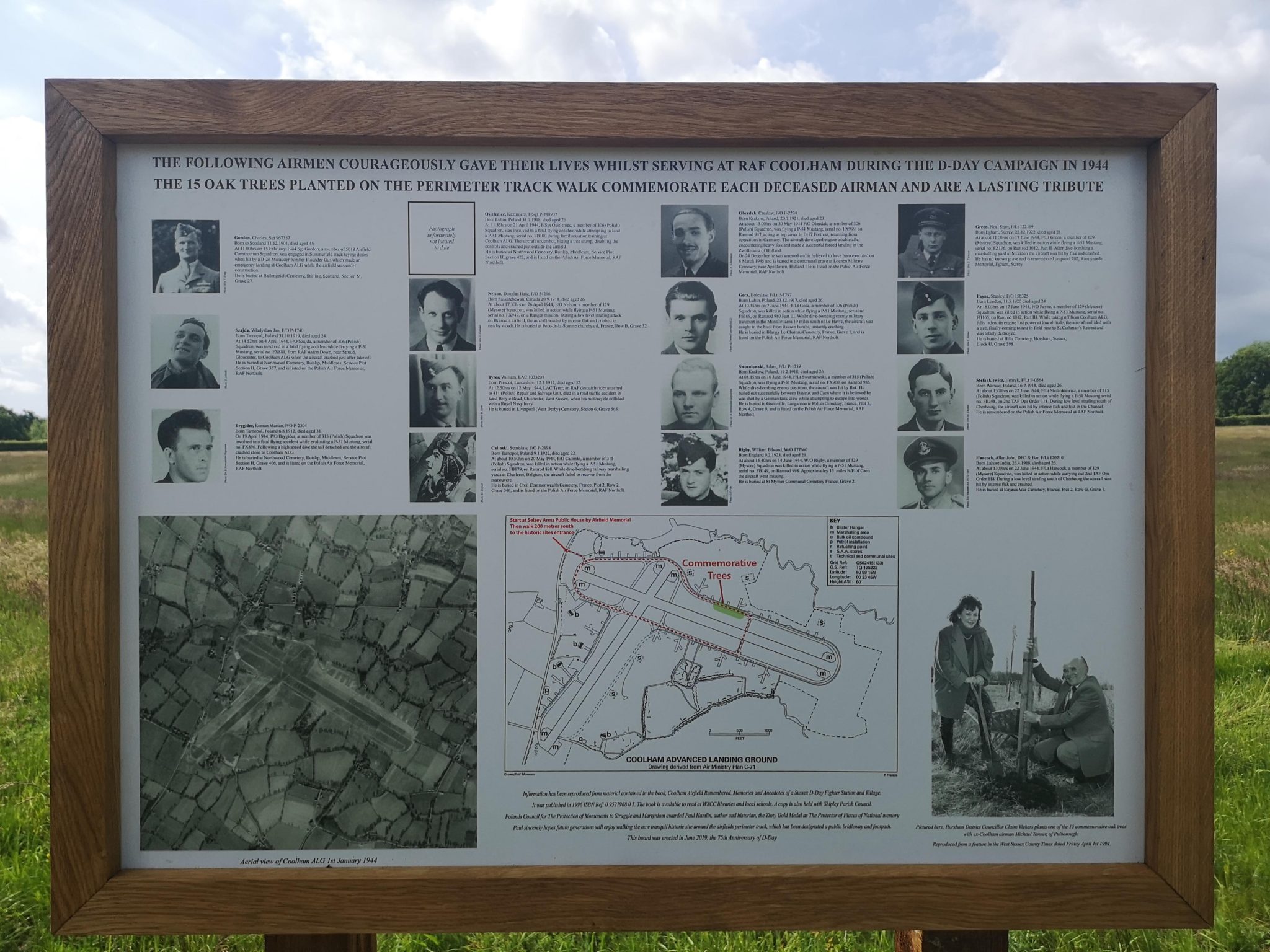 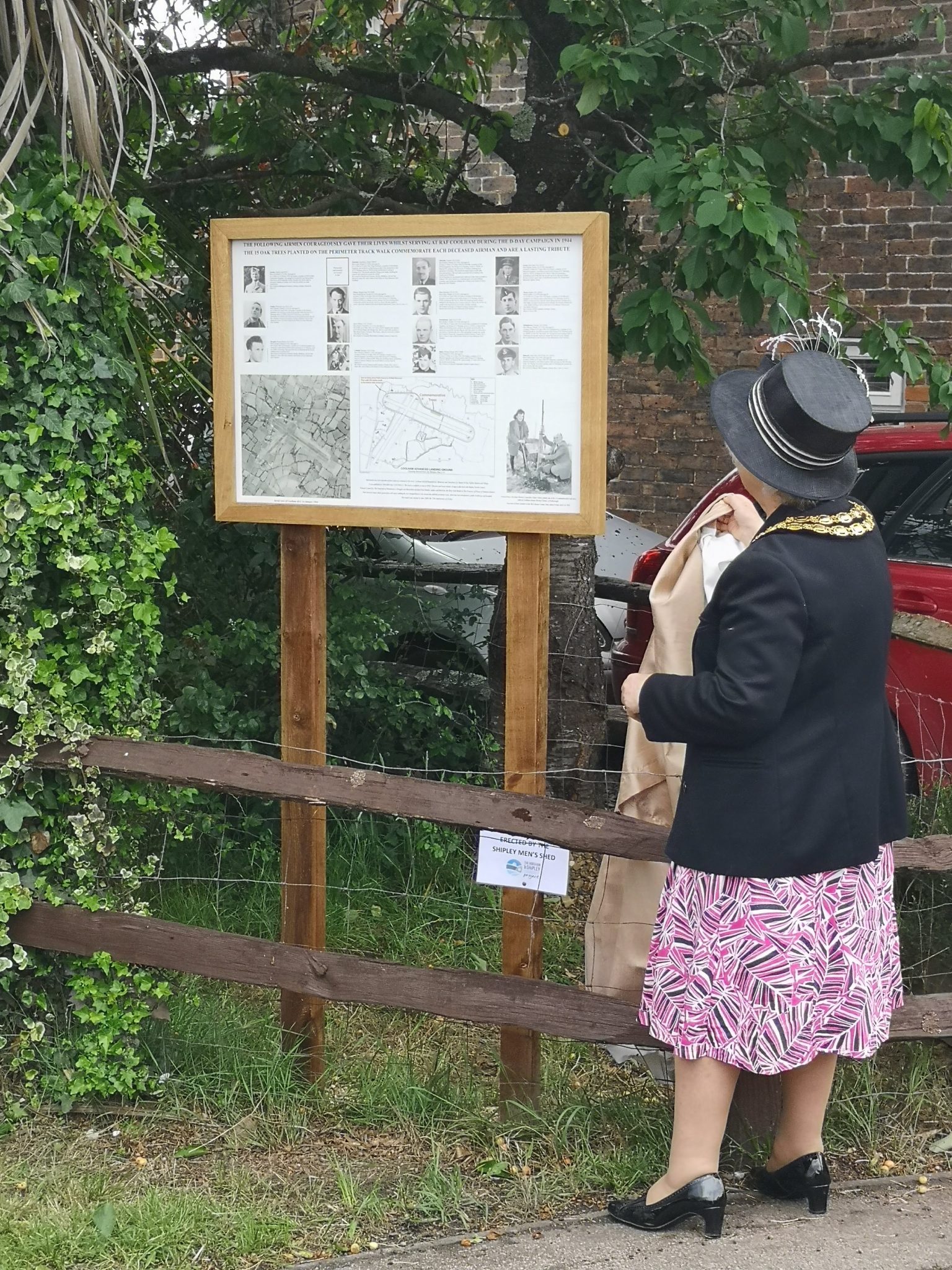 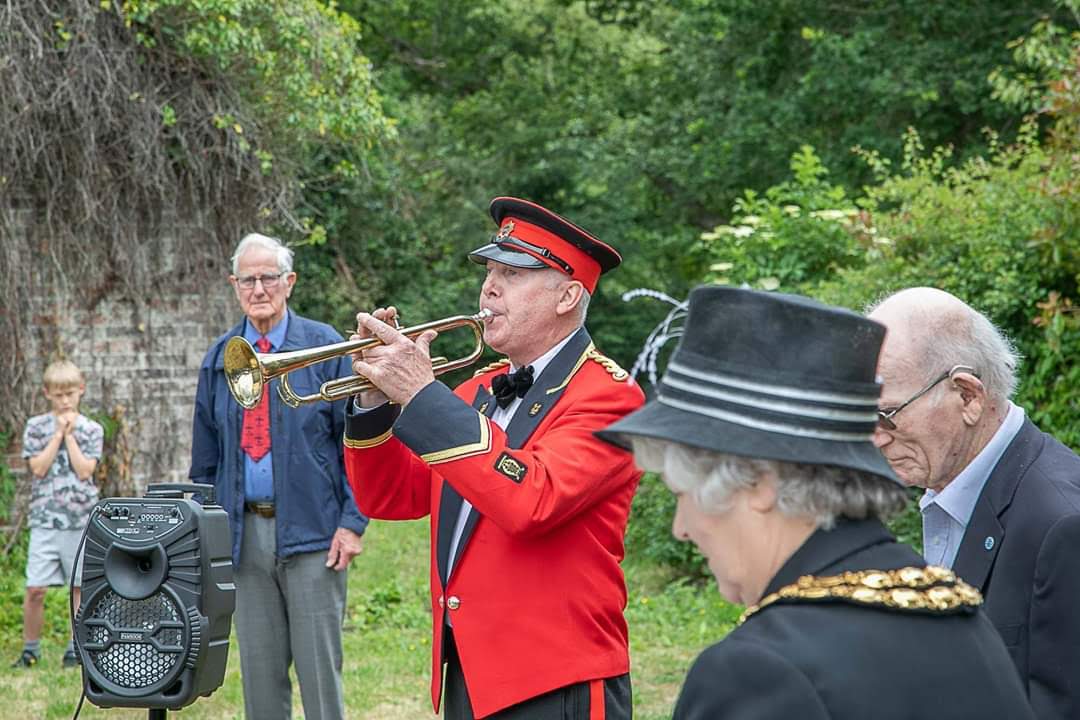 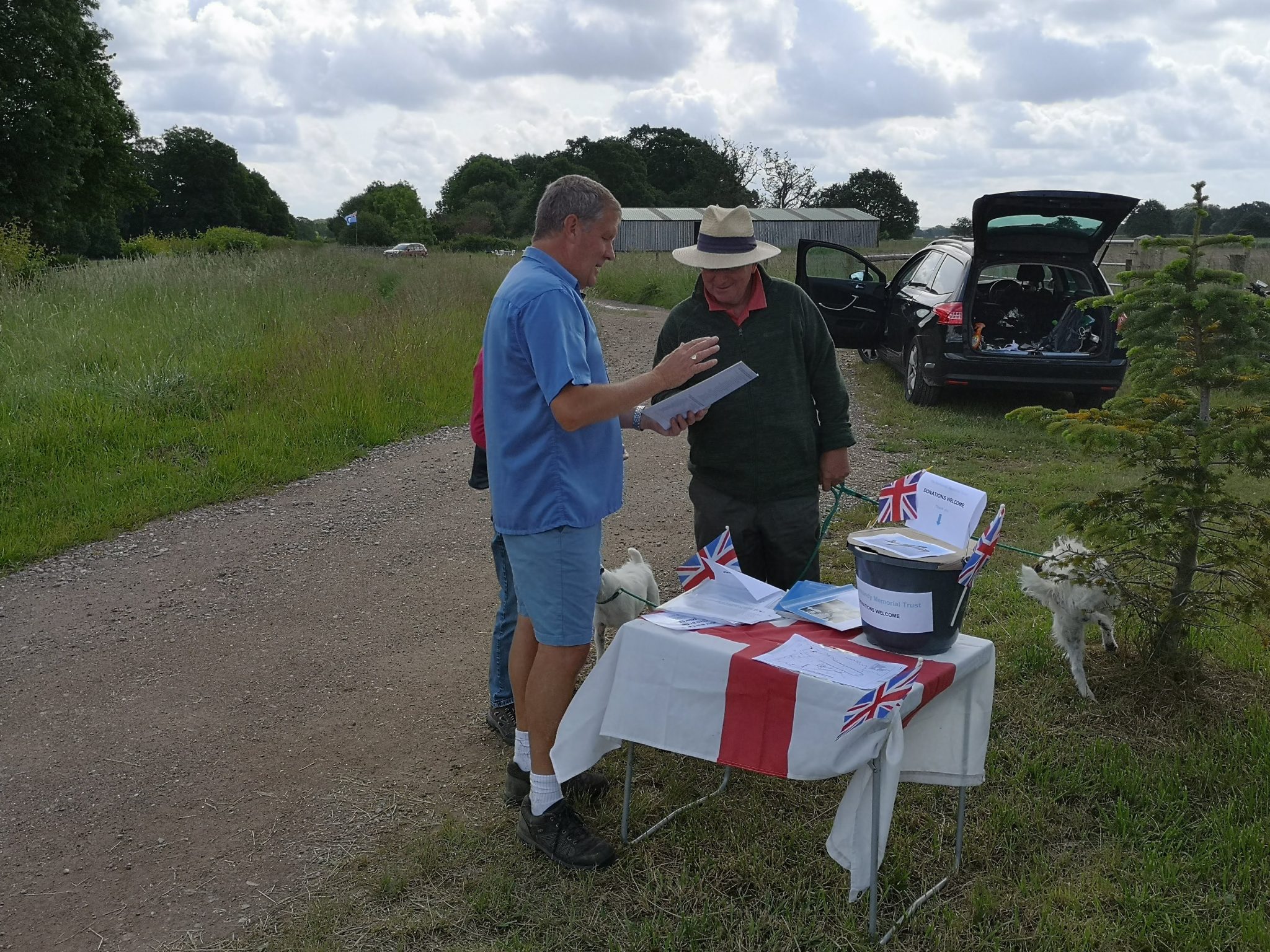 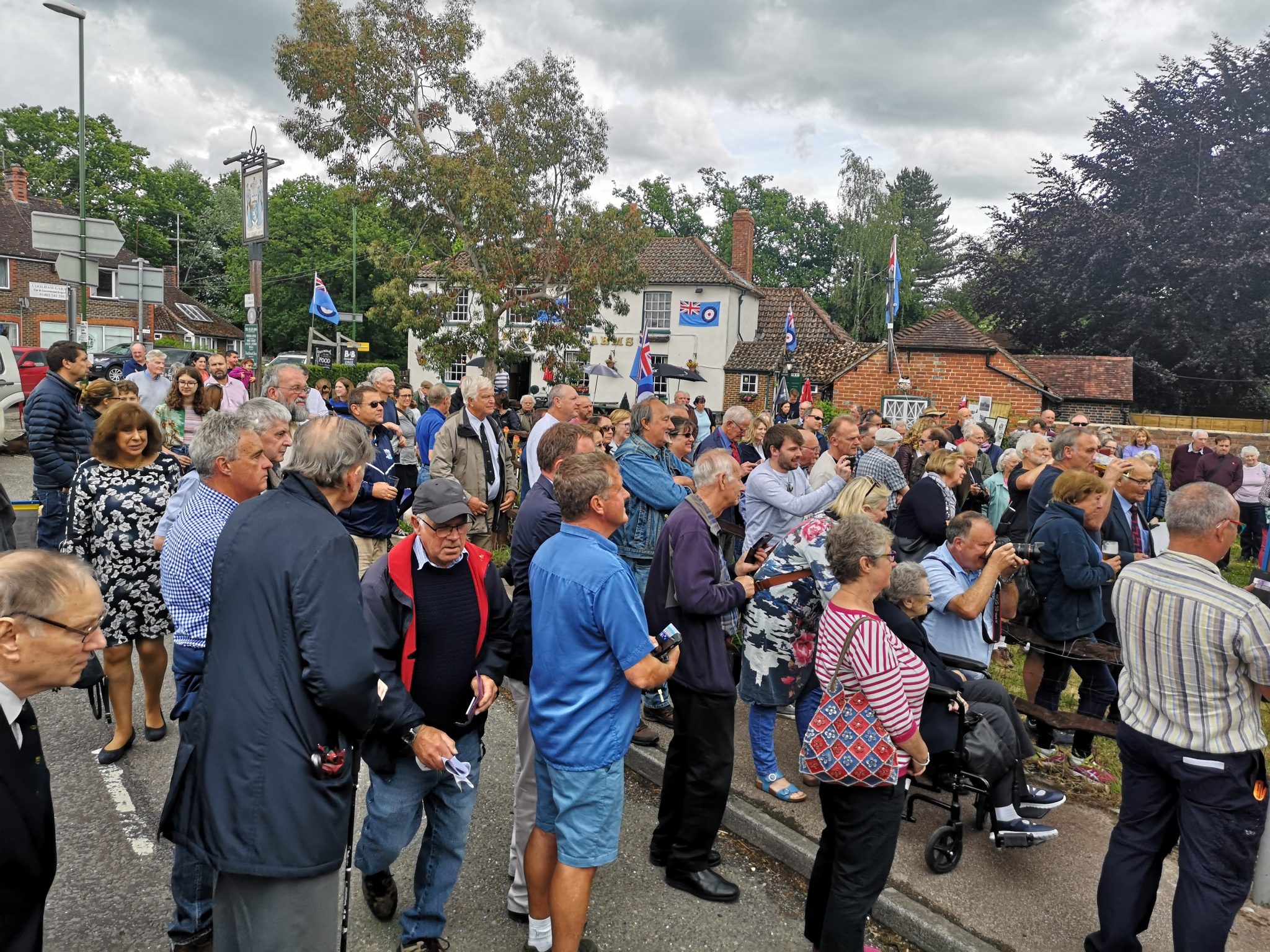